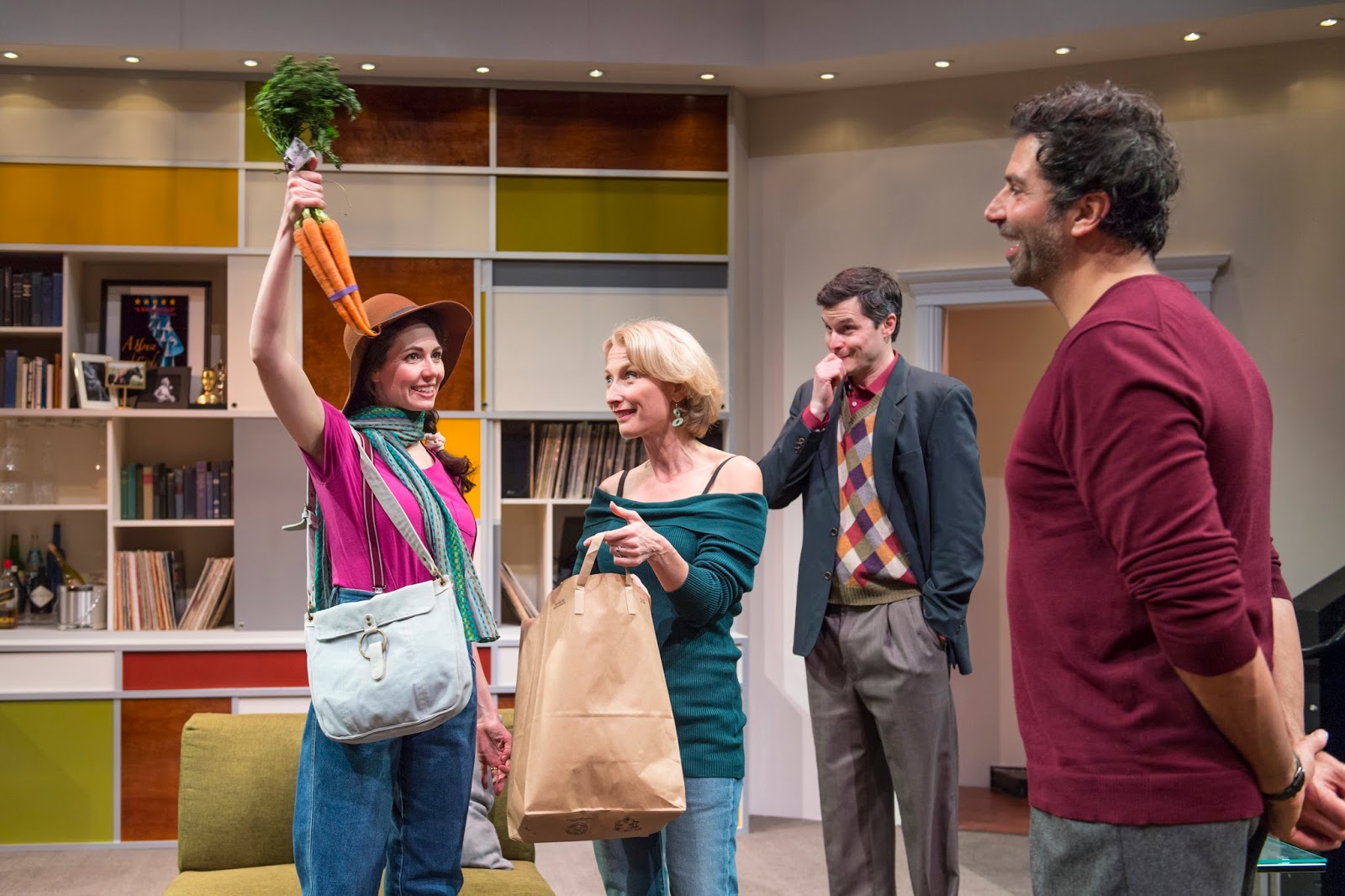 The play is thirty five years old and has lost none of its wit. In these days of one act plays to help with limited audience attention spans, Tom Stoppard gives us more than two hours of repartee. Act Two alone is seventy five minutes long, which is fearsome to consider before the show starts, but it flows by neatly and seamlessly. 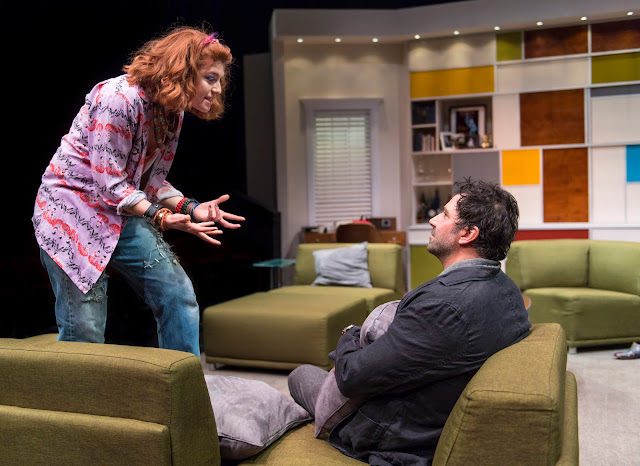 "The Real Thing" shows us a masterful writer at the peak of his talents and the new Aurora Theater production gives Director Timothy Near an excellent six-piece ensemble of actors to work with. The music is also a plus -- songs from the '70s fill the house and then are diminished onto someone's radio in a corner of the set. We know Sound Designer Cliff Carruthers did not come up with this idea but his execution adds immeasurably to our enjoyment of the show. 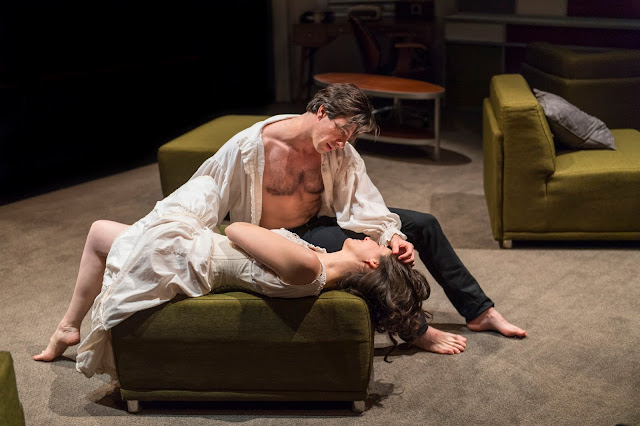 Our story belongs to Elijah Alexander, who plays Henry, a playwright known for his clever use of words. Henry's problem is the scenes he creates on stage end up following him into his real life. His primary love interest is Annie (Liz Sklar)... 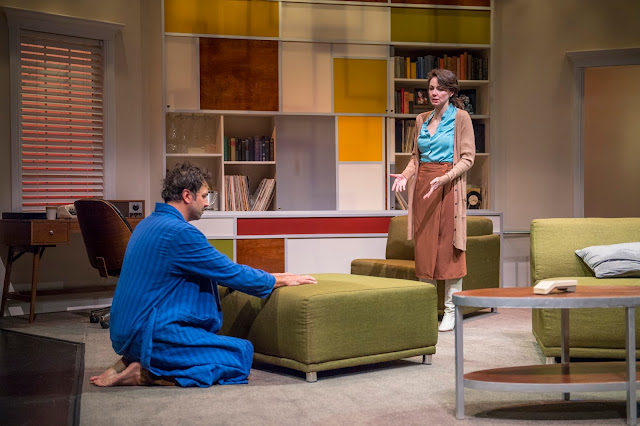 ...with whom Henry has taken up while married to Charlotte (Carrie Paff). At the time, Charlotte was married to Max (Seann Gallagher). 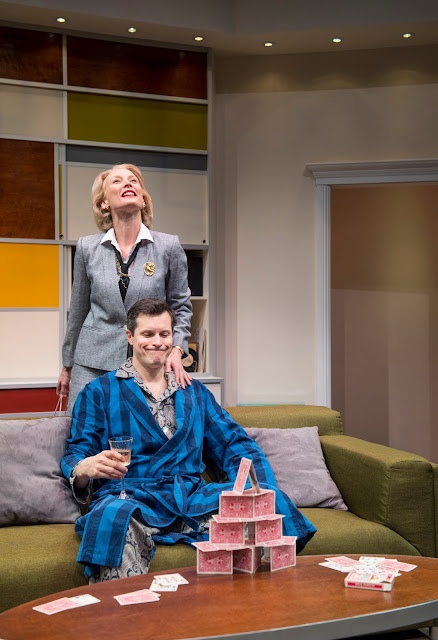 Then, there is Billy (Tommy Gorrebeeck), who is attracted to Annie, and vice-versa, and, ultimately we meet the Scots revolutionary Brodie (also played by Gorrebeeck). We love Brodie. We can imagine another show with Brodie as Henry and Henry as Brodie, as long as Stoppard would write it. 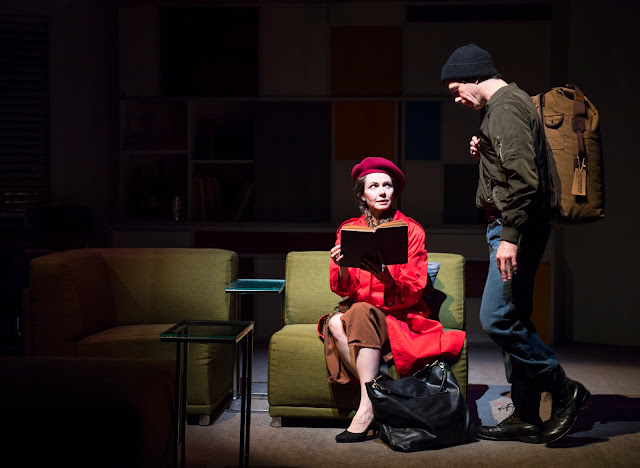 There are the usual twists and turns but in the end it comes down to love. More or less. An excellent production of a classic play with a strong ensemble. What's not to like?

The San Francisco Theater Blog Awards Division awards "The Real Thing" Three Stars with a BANGLE of PRAISE. The thing that stops us from granting a fourth star to a play that has earned a thousand stars in its time, is the writing of the characters who are not named Henry. Henry has all the pithy quotes -- "I don't think writers are sacred, but words are..." -- and it is he that wields the cricket bat. We come to see what he is looking for: the act of falling in love. As for the other characters, well, bollocks. They are on their own. 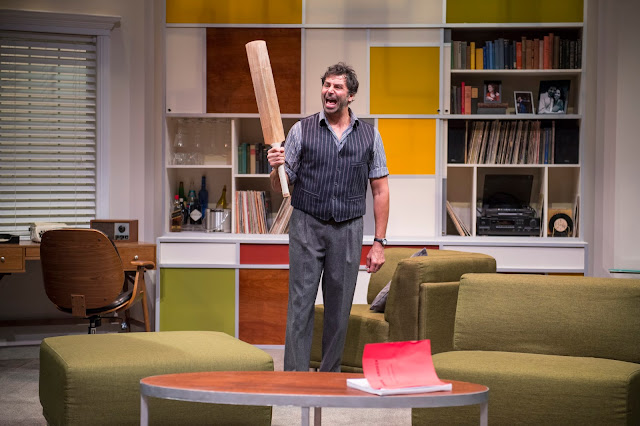