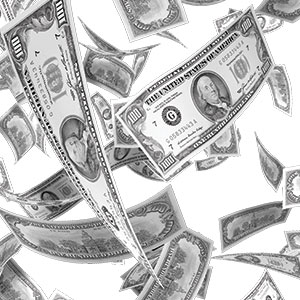 Welcome to the final show of our 26th Season, the Bay Area Premiere of Sarah Burgess’ Dry Powder. I think of this play as a 21st Century companion piece to the play we produced this past February, George Bernard Shaw’s Widowers’ Houses. Like Shaw’s play, Dry Powder is a satire about the representatives of unapologetic capitalism, only here it is greatly expanded from London to the international stage.
One of the joys of this play is Burgess’ exuberant use of financial insider jargon. The New York Times wrote, “terms like ‘sell-side banker,’ ‘zero-based budgeting,’ ‘dividend recap’ and ‘disintermediation’ are tossed around like confetti.”
You don’t need to understand the meaning of every term to enjoy the dazzling wordplay that she has wrought. But here are two definitions to get you started: Dry Powder is a slang term for liquid cash-like capital and L.P. refers to a Limited Partner or an investor who commits capital to a General Partner like a Private Equity firm.

Burgess writes: “(My) characters discuss details regarding the structure of a buyout, projected return on their investment, and the company they are considering taking over. It was a challenge to strike the right balance between doing that and boring everyone in the room. You want people to talk the way they might talk in the offices of a real PE firm - even if it is necessarily simplified, exaggerated and comedic - but at a certain point, obsession with that detail risks alienating the audience.”


“Capitalism has never billed itself as an engine for social justice,” she says. “If you and I open restaurants across the street from each other, and yours is better, you should win. But in finance, it gets a little blurry. You can buy a company, take it over and it goes bankrupt and still be fine. Where is the penalty, the risk if you failed?”

But Burgess is quick to add she isn’t advocating reforms of the system. “I’m not qualified to have an opinion about that. I just thought there was a tension in the ideas that could be funny and engaging for the kind of audience that likes thinking about those things.”

With our 26th season ending, our 27th Season subscription campaign is underway. Please check out the back page for a listing of the six plays we have in store for you.
Thanks for joining us today. We hope you see you next season.