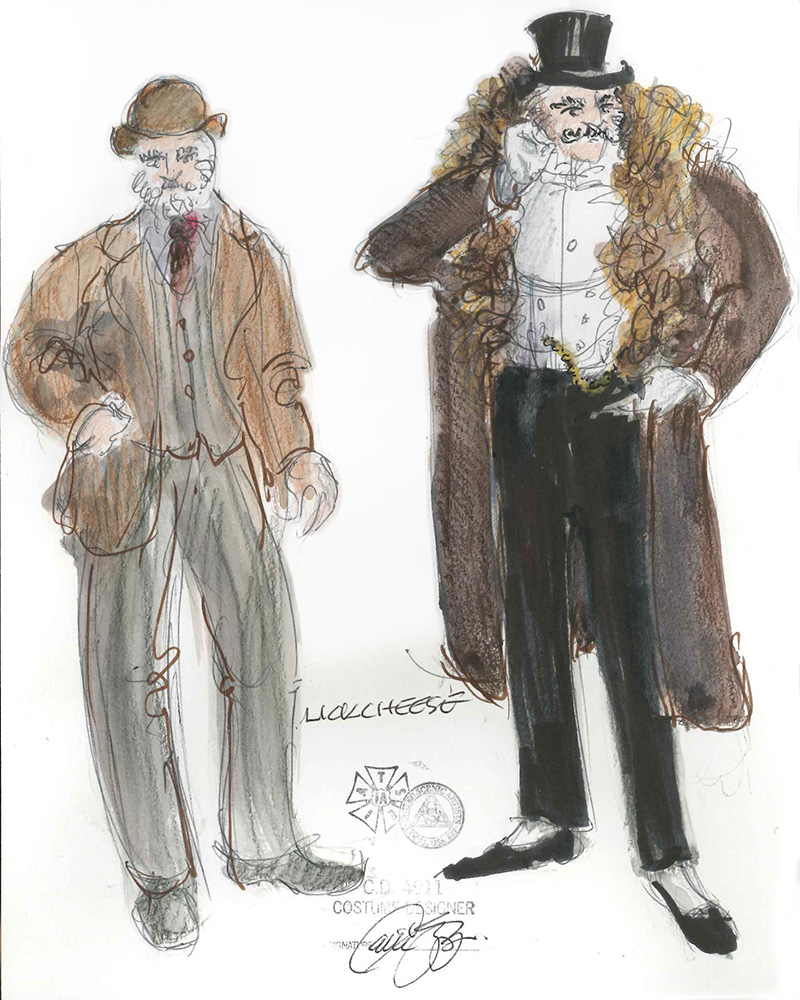 Shaw spent the 1880s in London, working clerical jobs and writing novels that went unpublished and plays that went unproduced. He also began attending Socialist meetings and developing the political philosophy that would inform much of his later writing. In 1885, he began a collaboration with William Archer on a play intended as a "cup and saucer comedy" -- light, artificial, and pleasing to Victorian audiences seeking nothing more than diversion. Archer was shocked by the subversive spin that Shaw injected into the first two acts, and withdrew from the collaboration. The play went unproduced and unfinished until 1892, when Shaw finally completed what would become his first play, Widowers' Houses.

"My first three plays were what people call realistic," Shaw wrote in a letter in 1896. "They were dramatic pictures of middle class society from the point of view of a Socialist who regards the basis of that society as thoroughly rotten economically and morally. Their purpose was to make people thoroughly uncomfortable whilst entertaining them artistically." The premiere certainly succeeded in making the audience "thoroughly uncomfortable" -- other than a few cheering socialists, theatregoers and critics were shocked and offended by Shaw's portrayal of middle-class hypocrisy (and particularly by his take on a Victorian woman that upended traditional and restrictive notions of femininity). Biographer Michael Holroyd later called it Shaw's "most human play," and Eric Bentley, "the most revolutionary act in modern English dram... Shaw is saying that the system, not the individual, is responsible -- which to him means, not that no one is guilty, but that everyone is guilty."

True to form, Shaw engaged lustily in the ensuing flurry of critical articles in the London press. In a letter published by the Star, a newspaper which had reviewed Widowers' Houses, Shaw wrote:

"...many of my critics have been completely beaten by the play simply because they are ignorant of society. What I mean is that they do not know life well enough to recognize it in the glare of the footlights. They denounce Sartorius, my house-knacking widower, as a monstrous libel on the middle and upper class, because he grinds his money remorselessly out of the poor. But they do not (and cannot) answer his argument as to the impossibility of his acting otherwise under our social system... these "guilty creatures sitting at a play," who, instead of being struck to the soul and presently proclaiming their malefactions, are naively astonished and revolted at the spectacle of a man on the stage acting as we are all acting perforce every day. The notion that the people in Widowers' Houses are abnormally vicious or odious could only prevail in a community in which Sartorius is absolutely typical in his unconcious villainy."

In his later plays, Shaw conciously attempted to leaven his political message with what he called a more "potboiler" approach to entertainment -- but Widowers' Houses stands on its own as a subversive and entertaining satire on the excesses of capitalism, as relevant and incriminating today as it was in 1892.

The illustration on this page is a costume rendering by our production's costume designer, Callie Floor, showing Lickcheese, the overdressed rent collector employed by Sartorius in Widowers' Houses.