Temple is based on actual events surronding the Occupy protests in London in 2011, during which St. Paul's Cathedral was closed for the first time in its long history. 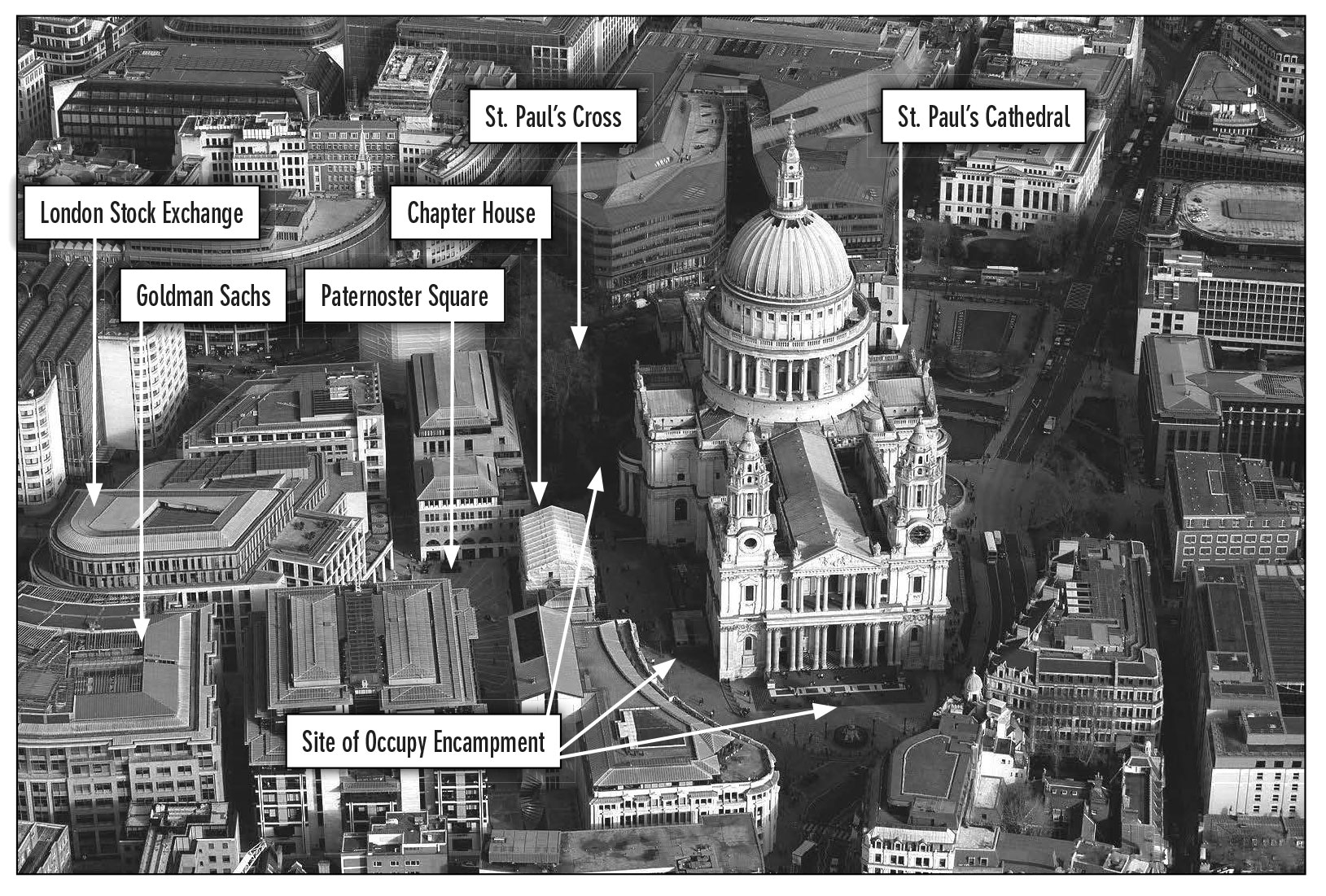 Three of the characters in the play are fictionalized versions of real people at the center of the controversy: the Right Reverend Graeme Knowles ("The Dean"), the Right Reverend Richard Chartres, Bishop of London ("The Bishop"), and the Reverend Giles Fraser ("the Canon Chancellor").

Right Reverend Graeme Knowles was Dean of St. Paul’s from 2007 until his resignation in November 2011 (in the wake of the events of this play). As Dean, he was head of the Cathedral and chairman of the Chapter, a body of clergymen tasked with making administrative decisions. Previously he served as Anglican Bishop of the Isle of Man, and as chaplain, vicar, and archedeacon in various communities around the UK. He was the first Dean to order the closing of St. Paul’s, and the first to resign from his post. 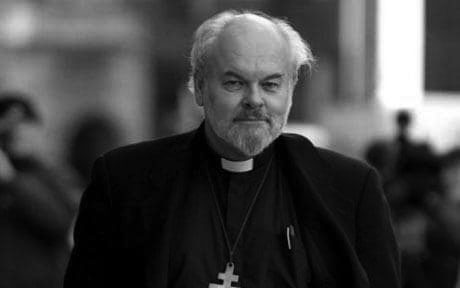 Right Reverend Richard Chartres was Bishop of London from 1995 until his retirement this year. The Bishop has his ‘throne’ in St.Paul’s, but is the Bishop of the whole of metropolitan London. He does not have a seat on the Chapter of St. Paul’s. Right Reverend Richard Chartres gave the sermon at the wedding of Prince William and Kate Middleton, served as an executor of Princess Diana’s will, and presided over the funeral of Margaret Thatcher. Previously, he was the Professor of Divinity at Gresham College 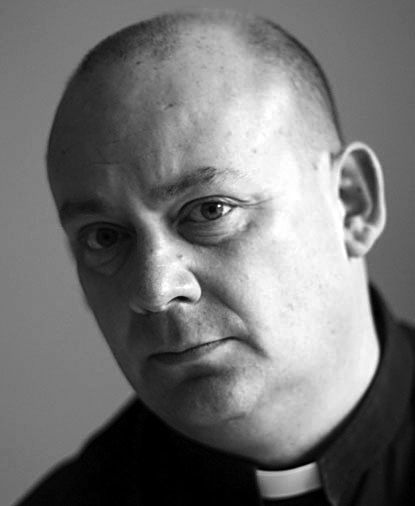 Reverend Giles Fraser was Canon Chancellor of St. Paul’s Cathedral from 2009 until his resignation in 2011 during the Occupy protest, which he publicly supported. The Canon Chancellor’s many responsibilities include education and outreach. Fraser is a well-known journalist, writing a weekly column on spiritual and political matters for the Guardian and appearing frequently on the BBC.

All Anglican clergy ultimately answer to the Archbishop of Canterbury, who resides at Lambeth Palace.
Rowan Williams (now Master of Magdalene College, Cambridge) was Archbishop of Canturbury from 2002-2012 and is a theologian and poet.

The Virger is responsible for the logistical details of worship, tourist access, and maintenance of the Cathedral.

St. Paul’s Cross was an open air pulpit, dating from the 13th century. It was demolished by Oliver Cromwell in 1643. Today, its position is marked by a Victorian pillar surmounted by a statue of St. Paul.

Sir Christopher Wren designed St. Paul’s Cathedral and many other notable buildings following the Great Fire of London in 1666. A founder and President of the Royal Society, Wren was a notable scientist and perhaps England’s most acclaimed architect.