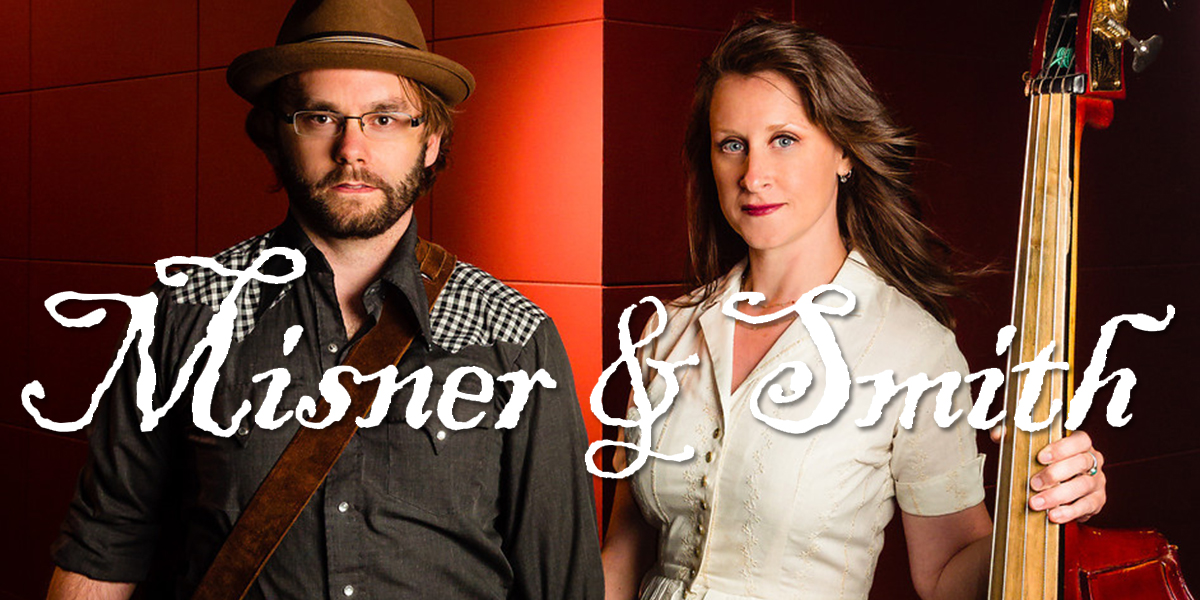 For Two Nights Only!

Misner & Smith’s music is a combination of soaring vocal harmonies, tight instrumental arrangements, and story-filled, poetic songwriting, adding up to some of the most electrifying music on the scene today. They create an extraordinarily full sound for only two people, and tour extensively both in the U.S. and overseas. Headlining regularly at venues such as the Freight & Salvage, they have also appeared at The Kate Wolf Music Festival, San Francisco Folk Festival, and can be heard on radio dials all over the world. The duo recently celebrated 18 years of making music together; a decade and a half that has produced five records, and they are currently in the studio recording their sixth album, to be released in 2023. Misner & Smith’s vocal blend, lyrical potency, and diverse songwriting make this duo one of the most unique and loved bands around.

"Their sound captures a distinctive singer-songwriter style, while adding harmonies and instruments...their lyrics are creative and break out of the cliches that songwriting can fall into."  — Zach Hudson, Victory Music

"The album is full of riches ... [and] brings to mind Gillian Welch and David Rawlings’ harmonies" — American Songwriter Magazine.

"The music stands alone for what it is and that’s exactly how it should be heard ... haunting melodies and softly engaging hooks." — Folkwords (UK)


Check out our Aurora Connects episode with Misner & Smith here: