A revolution grows violent outside the opulent presidential palace of an unnamed country. Inside, four women await the arrival of the embattled dictator: his wife, her best friend, a British journalist, and a translator. As the political tension escalates, time refracts and earlier scenes replay from different perspectives. Morgan, the award-winning British playwright and screenwriter (The Iron Lady, Suffragette), takes the audience on a breath-taking journey with a fascinating theatricality that is at once compassionate, dispassionate, and probing. 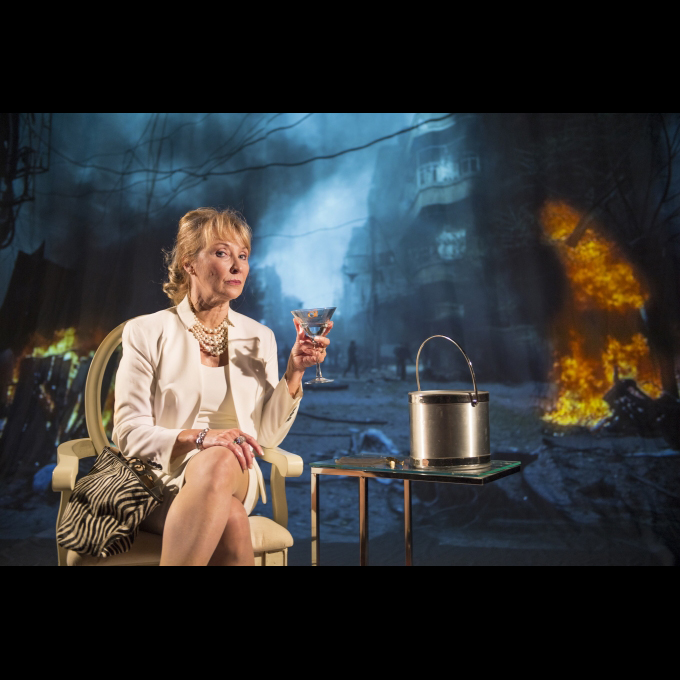 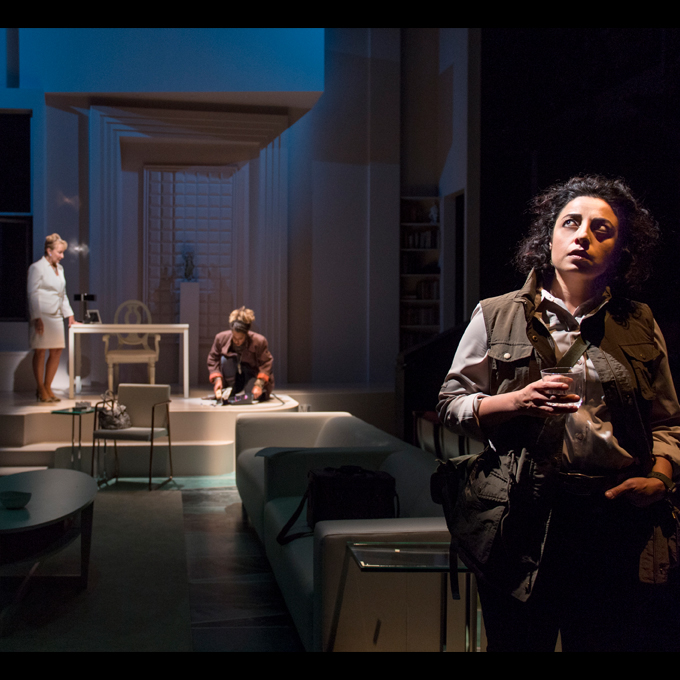 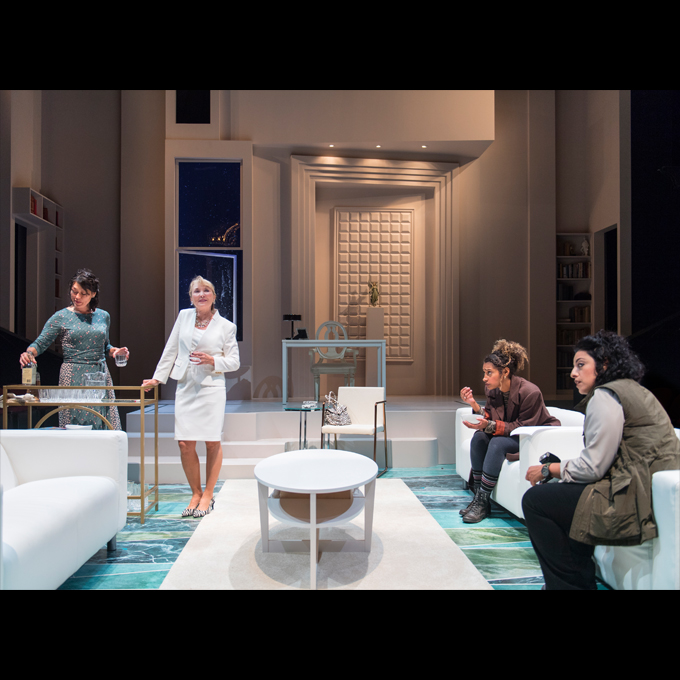 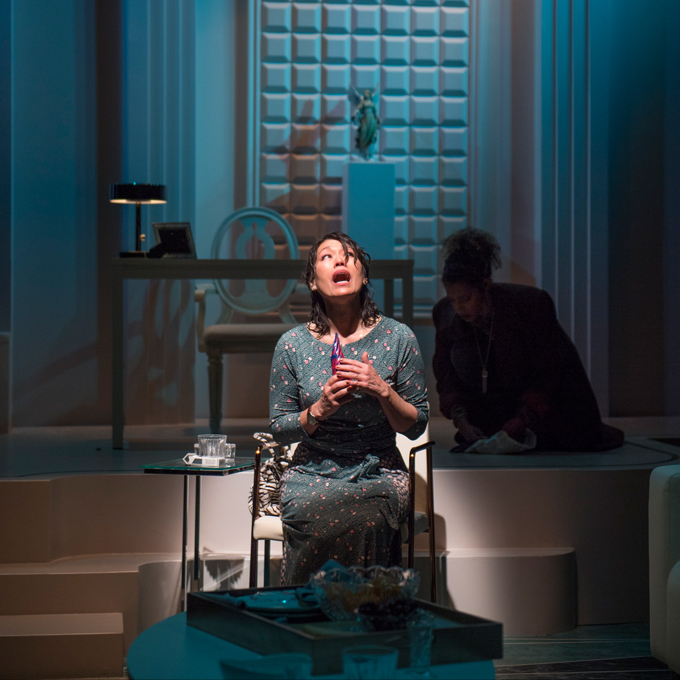 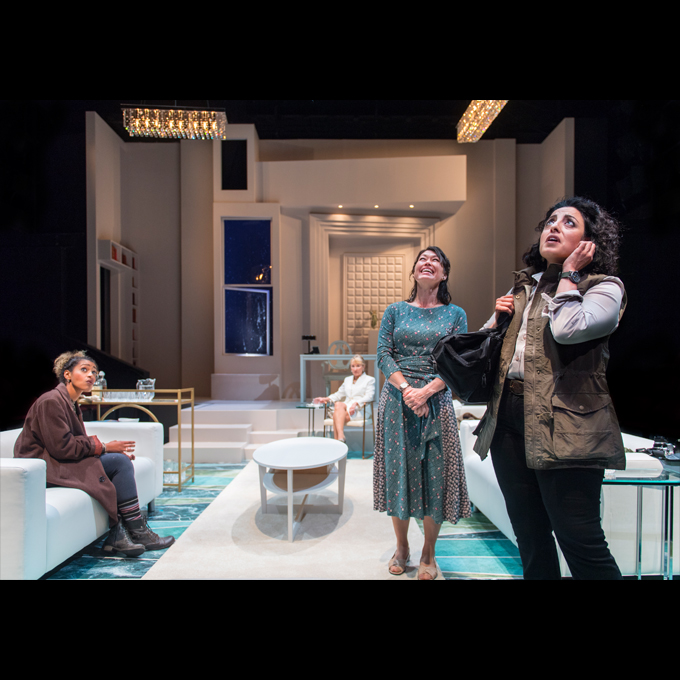 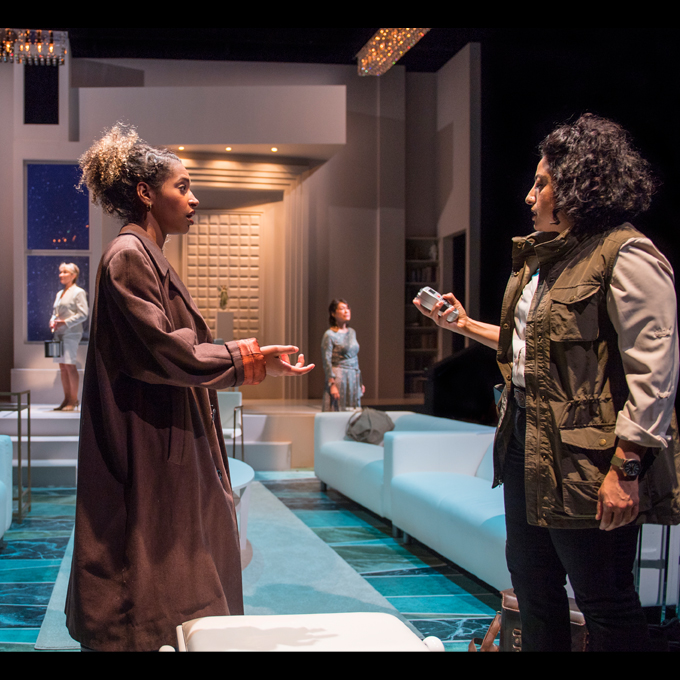 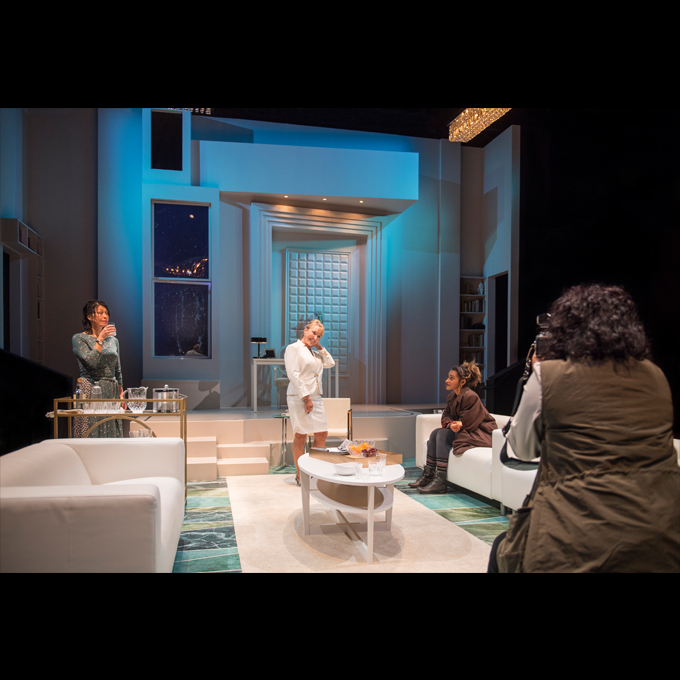 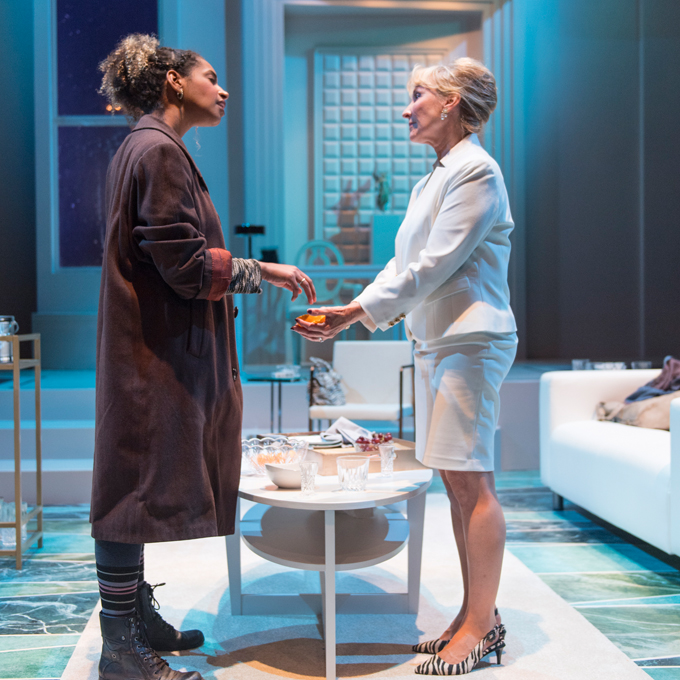 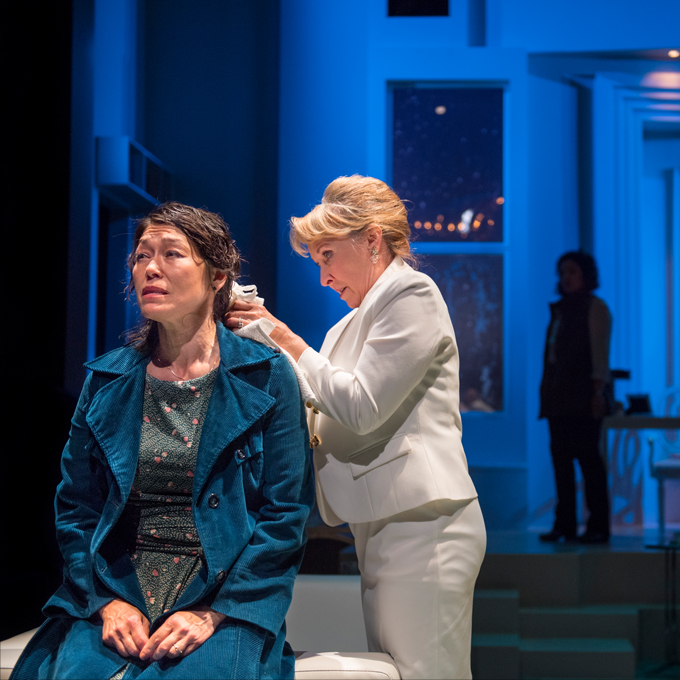 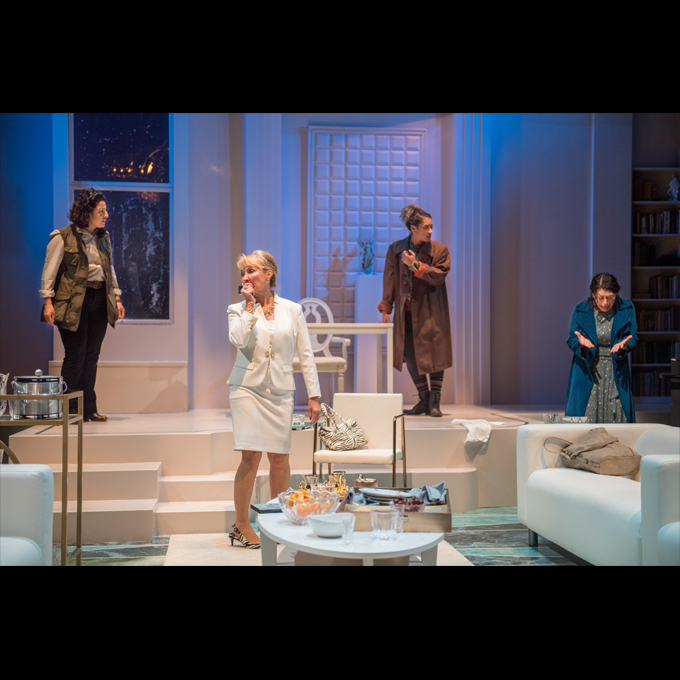 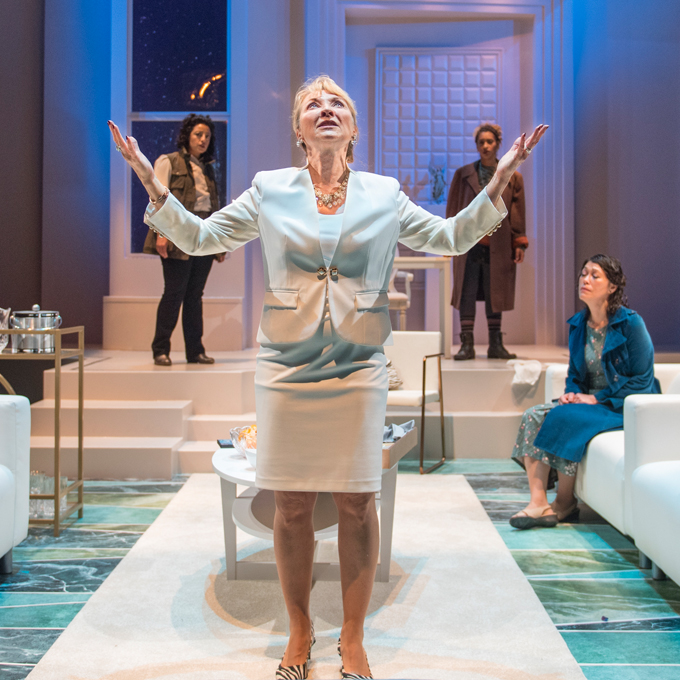 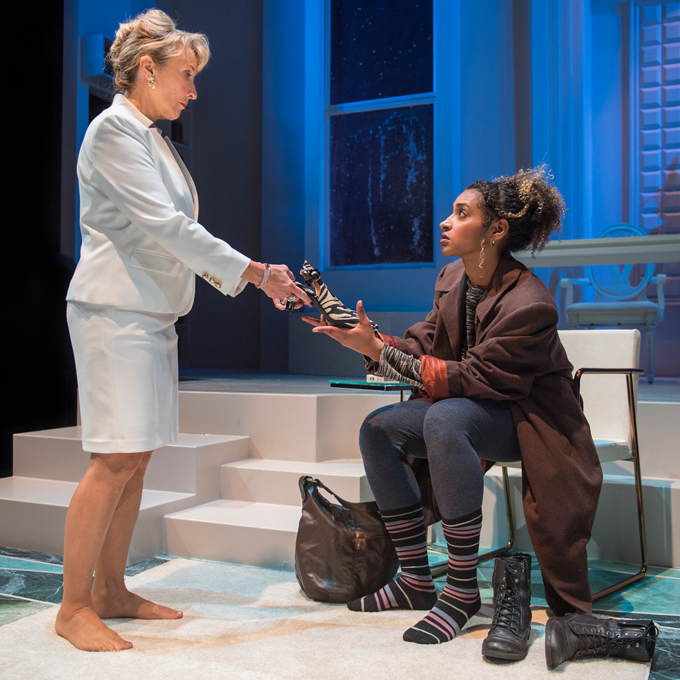 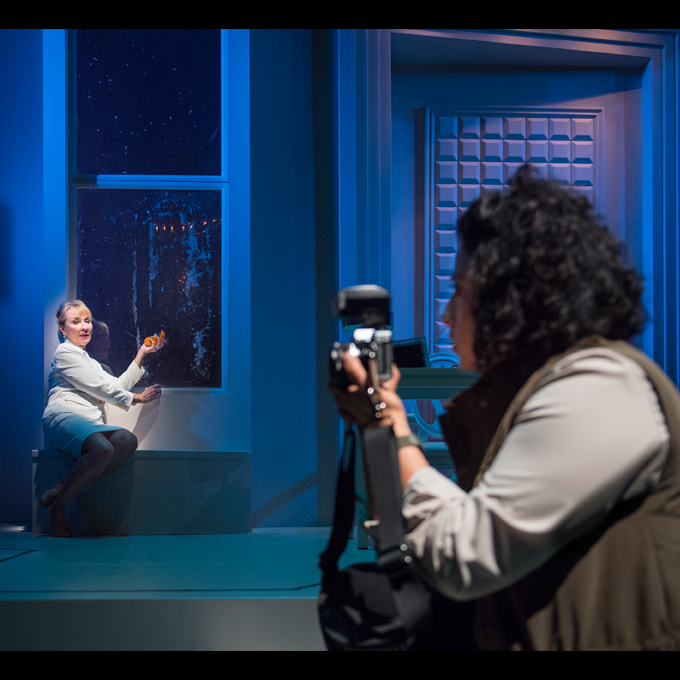 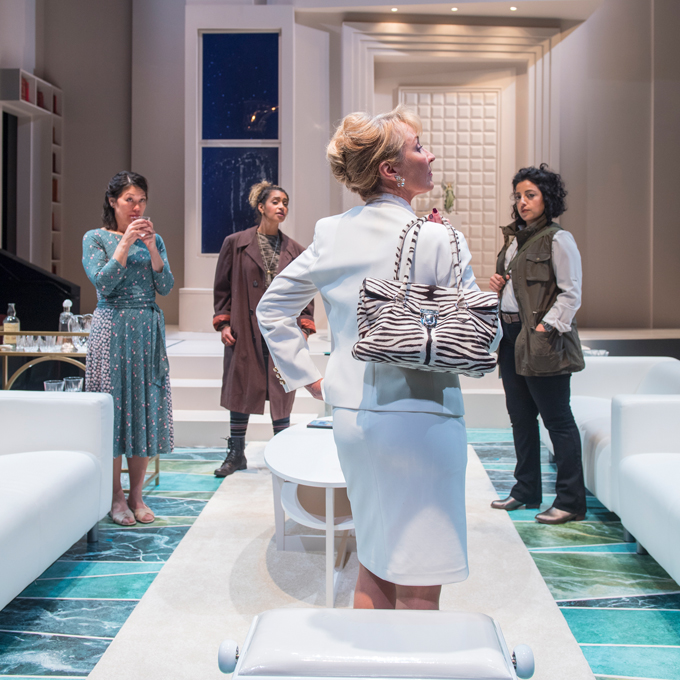 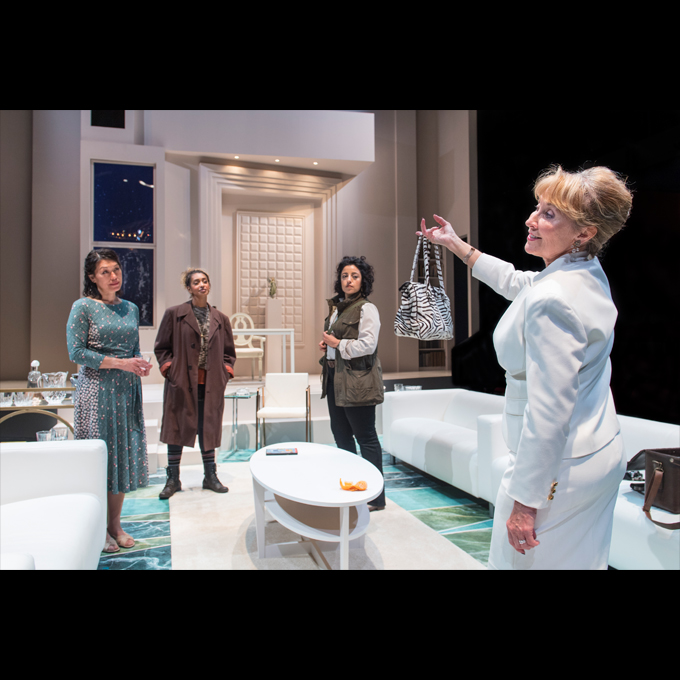 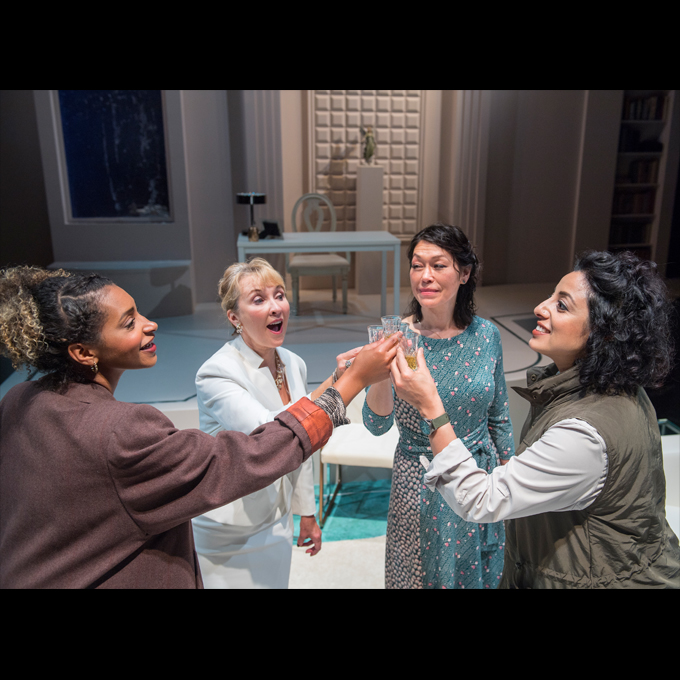 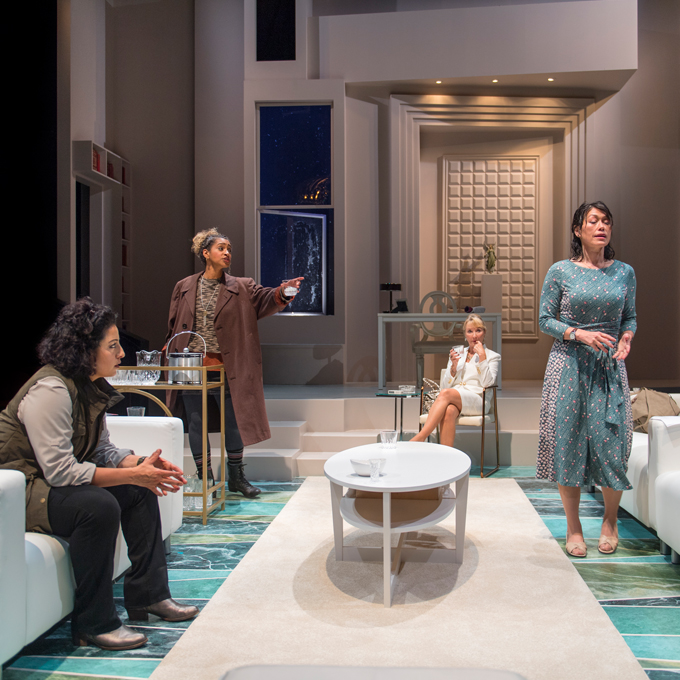 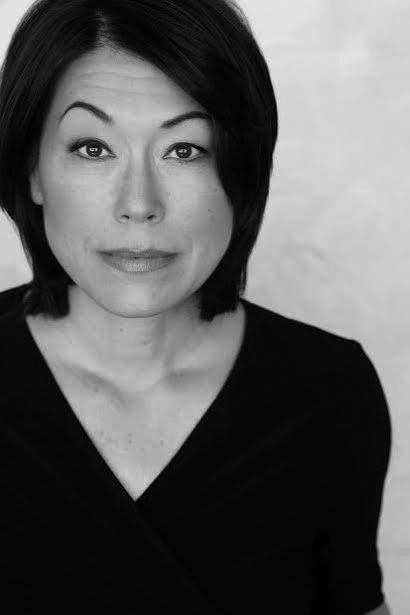 SAM JACKSON is a San Francisco based actor, vocalist and teaching artist who is thrilled to be making her debut on the Aurora stage! Her most recent credits include: 6 New Play's That It All Makes Perfect, Berkeley Playhouse's Bridges: A New Musical and New Conservatory Theatre Center's Avenue Q (2014 & 2016). Sam can also be found as the lead vocalist of The Gentlemen Amateurs (www.thegentlemenamateurs.com) all over the Bay. She would like to extend a huge thank you to: her friends and family, for their constant love and support, and fleeting, though much needed, moments of sanity and to you for being supporters of the Arts in this time when we need you most. 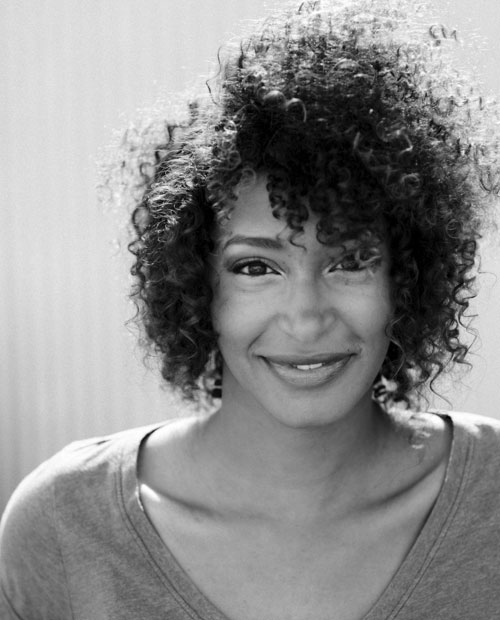 DENMO IBRAHIM* is thrilled to return to Aurora. She was last seen in the world premiere of A Thousand Splendid Suns (American Conservatory Theatre & Theatre Calgary) where she originated the role of Nana. Recent credits include Noor in Our Enemies: Lively Scenes of Love and Combat (Golden Thread Productions) nominated for a San Francisco Bay Area Theatre Critics Circle Award, Claudio in Much Ado About Nothing (California Shakespeare Theater), and Tyra in I Call My Brothers (Crowded Fire Theater) for which she won a Theatre Bay Area Award for Outstanding Female Actor in a Featured Role. Her solo show BABA, funded by the National Endowment for the Arts, won a SFBATCC for best original script. Ibrahim is a founding artistic director of Mugwumpin. She earned her MFA in Lecoq-Based Actor-Created Physical Theatre from Naropa University and a BFA in acting from Boston University. 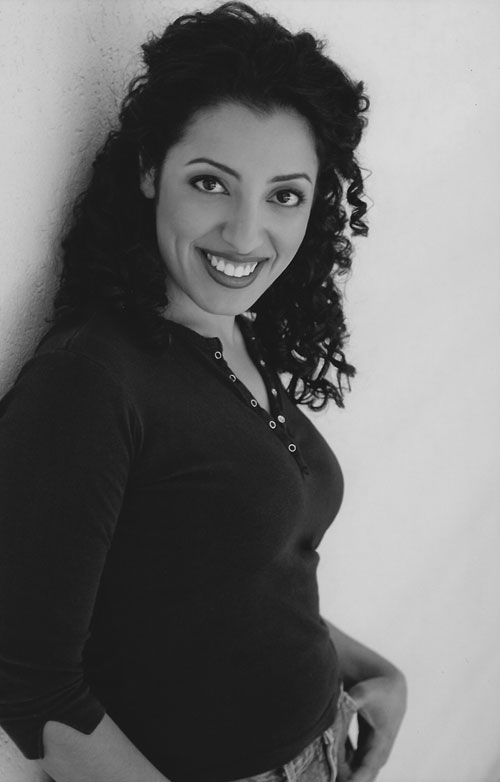 LORRI HOLT* has been an award-winning Bay Area actress for more than three decades, working with Berkeley Rep, SF Playhouse, A.C.T., Magic Theatre, Cutting Ball, San Jose Rep, The Aurora, Marin Theater Company, and Cal Shakes, and in many SF commercial productions, including The Vagina Monologues & Cloud 9. She originated the role of Harper Pitt in Tony Kushner’s Angels in America with Eureka Theater. Regional and international credits include Philadelphia’s Wilma Theater; Birmingham Rep (England); the Barbican Theatre (London); La Jolla Playhouse; and ATL’s Festival of New American Plays. Ms. Holt recently co-wrote and starred in a one-woman show, Colette Uncensored, at The Marsh. She works frequently in the voiceover field in video games and film narration.  Her most recent film credit is Betty the Tax Goddess in Love & Taxes. 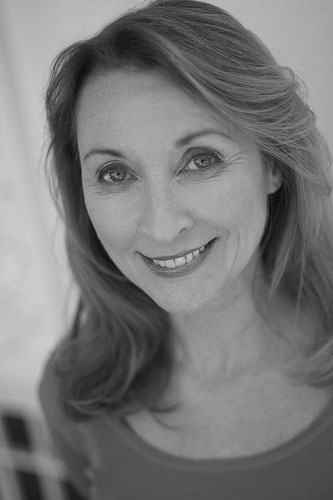 Damashek is "the person who goes first and makes a path in the forest." Read more in the San Francisco Chronicle's feature article on Ms. Damashek.

“[Playwright Abi] Morgan’s view here is both deep focus and wide-angle, simultaneously considering the levels of consciousness, home and globe.”

"Acutely directed... a harrowing study in the psychology of force and consent."

"Splendour excels in its unreliable presentation... a powerful representation of clashing values in a collapsing society."

“It's enough to take your breath away--or maybe make you hold it indefinitely.”

"a rather cubist approach to drama, giving us bits and pieces of the same figure, but from different angles in order to provide a greater sense of context."

"skillfully staged and acted... a should see play" 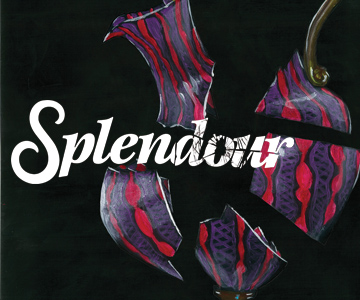